Deputies, along with “America’s Most Wanted,’’ are asking the public to help identify two men wanted for questioning in connection with a homicide at an Immokalee supermarket in 2007.

“America’s Most Wanted” is profiling the case on its Web site in hopes of generating tips. The case will be featured on the front page all day Thursday and will remain on the site’s archives afterwards. Click here to view.

Deputies have released these recently updated composites of the two men.

Reports say the men shot Hassam and took off in a small silver four-door compact vehicle with a Florida license plate and tinted windows.

Investigators said one of the men is described as black, late 20s to early 30s, between 5 feet 6 inches to 5 feet 11inches tall with a medium build. He has a pock marked face, gold front teeth, short dread-lock hair and a long goatee. He was last seen wearing pyramid shaped silver earrings, a black shirt and baggy faded jeans.

Investigators described the other man as black, in his late teens to early 20s, around 6 feet tall with a thin build with long arms, a pock-marked face and short afro. He was last seen wearing a baggy red T-shirt and baggy blue jean shorts that go below the knees. 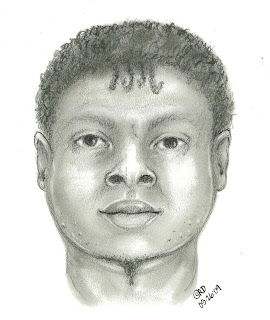 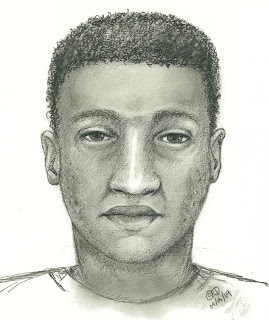 Composite #2
Posted by colliersheriff.org at 10:55 AM