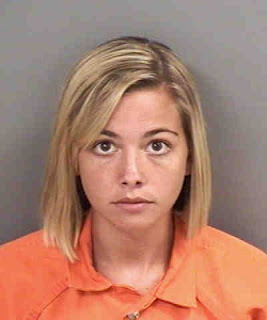 A Golden Gate woman was arrested Wednesday after deputies say she stole $850 worth of presents given to a friend during a birthday party.

When Fibble woke up the next morning, he found that Walls and all of his birthday gifts, including $300 cash, were missing from his home, reports said.

Fibble contacted CCSO after he learned Walls dropped off an Adidas bag full of the stolen gifts, minus the $300, in the driveway of another friend’s house.

Deputies say Walls also sent Fibble a text message on Tuesday, offering to repay him the stolen $300. She sent another one later that same day rescinding her offer, according to reports.

Deputies located Walls at her home Wednesday, where they arrested her and charged her with grand theft, a felony.
Posted by colliersheriff.org at 10:24 AM