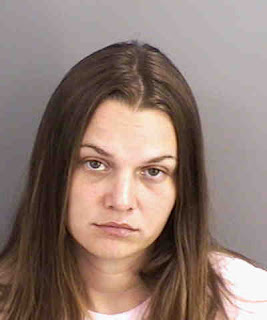 An East Naples woman was arrested Wednesday after deputies say she pawned $2,650 worth of stolen jewelry.

Della Knorr-Stern, 6640 Stonegate Drive, North Naples, told deputies on June 20 that a necklace and diamond cross pendant belonging to her had been stolen out of her son’s car, arrest reports said.

Knorr-Stern told deputies that Michelle L. Rose, 26, 2855 Van Buren Ave., had been given a ride in the car in early June, arrest reports said.

Deputies charged her with grand theft and defrauding a pawnbroker.
Posted by colliersheriff.org at 2:46 PM