Showing A “Ton” Of Love 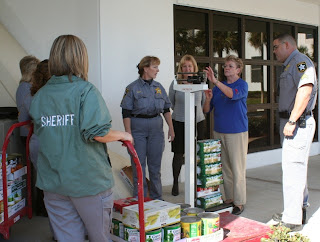 Several members of the Collier County Sheriff’s Office gathered behind the Naples Jail Center for a weigh-in on Tuesday afternoon, but everyone hoped to be the “Biggest Gainer.”

The scales logged the number of pounds of food members of CCSO’s Corrections Division collected during a canned food drive to benefit St. Matthew’s House. The final tally: an impressive 2,329 pounds.

Corrections Chief Scott Salley issued a challenge to the jail staff in November after finding out that St. Matthew’s House was in need of food for the less fortunate this holiday season.

In all, seven teams competed to win the grand prize of a pizza party courtesy of Chief Salley. The winning team, made up of the logistics, support and daytime booking members, collected 720 pounds of food.

The CCSO would like to give a special thanks to agency members who worked diligently to collect, weigh and ultimately deliver the canned goods to St. Matthew’s House. 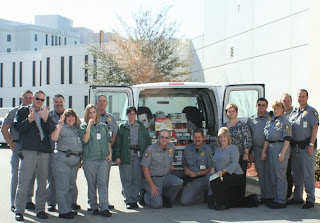 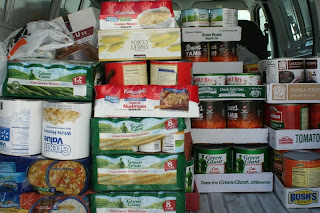 Posted by colliersheriff.org at 4:31 PM