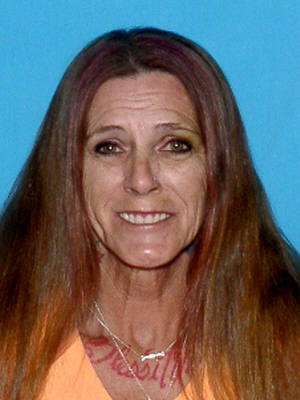 The Collier County Sheriff’s Office is asking for the public’s help in locating a 55-year-old Golden Gate Estates woman who has been missing since Friday morning.

Deputies said Gina Bull was last seen by family members leaving her residence in the 300 block of Golden Gate Boulevard East around 7:30 a.m. She left in an older model red Mercury Grand Marquis and never returned.

Family members told deputies they believe Bull may try to harm herself. They are also concerned because she is traveling without her prescribed medication, deputies said.

Deputies said Bull is described as white, 5 feet 3 inches tall and 80 pounds with long brown hair and hazel eyes. She has multiple tattoos, including a red tattoo across her collar that reads, “Blessed it be.”

Anyone with information on Bull’s whereabouts is asked to call the Collier County Sheriff’s Office at 239.252.9300.
Posted by colliersheriff.org at 3:48 PM