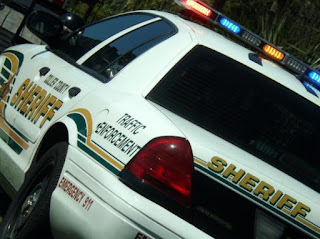 The Collier County Sheriff’s Office Safety & Traffic Enforcement Bureau is launching a pair of campaigns over the summer aimed at keeping our roads safe.

Both campaigns resulted from data analysis of crashes on local roads. The ultimate goal of the campaigns is to enhance driving safety in Collier County.

“Our goal is for drivers to comply with the laws that relate to equipment safety,” said STEB Lt. Mike Dolan. “Accomplishing that through education is our preference, but our ultimate goal has to be compliance. Faulty equipment is always dangerous, particularly during our summer rainy season.”

While deputies address the issue of aggressive driving year-round, they will focus on it in the form of a multifaceted public safety campaign beginning July 1 and continuing through the summer. Aggressive driving includes actions like red-light running, speeding, tailgating and rapidly changing lanes. The campaign is aimed at reducing the number of crashes and fatalities in Collier County. In 2015 Collier followed a statewide trend of increased crashes and traffic fatalities. Fatalities increased from 39 in 2014 to 49 in 2015. In addition, 2016 year-to-date traffic fatalities are 19, compared to 12 at the same time in 2015. Aggressive driving is one of the most frequent driving complaints that CCSO receives from citizens. So far this year CCSO has received 1,476 aggressive driving complaints from the public.

Electronic signs will be deployed at key intersections before the launch of the campaign to warn drivers that deputies will be on the lookout for aggressive drivers. During the campaign deputies will focus largely on corridors identified by data as being high-volume crash areas, although enforcement efforts will be carried out throughout the county as well. They will also incorporate aggressive driving operations at times of day that data indicates are most closely tied to aggressive driving – including during the morning drive time on weekdays.

Here are some ways you can stay safe on the road:

• Obey all speed limits and signs.
• Be alert and remain focused solely on the task of driving.
• Always wear your seatbelt.
• Perform a simple safety check before driving. Turn on the lights and walk around the vehicle to ensure that all lights are in working order. Also check your blinkers for proper operation. Look for any fluid leaks or items hanging from the vehicle. Check to ensure that the tires are in good condition and are properly inflated.
• When you get into the car, adjust all mirrors and seats
• Always use your turn signal.
• When a light turns green, look left, then right, straight ahead, then left again before proceeding.
• Drive defensively - expect other drivers to make mistakes and think what you would do if a mistake does happen.
• Leave early and allow ample travel time.
Posted by colliersheriff.org at 1:28 PM