Fingerprints found on light bulbs that deputies say were being used to grow marijuana inside a Golden Gate Estates residence helped lead to the arrest of a 42-year-old man on multiple drug charges Tuesday.

Sheriff’s reports gave this account of the events leading up to Valdes’ arrest:

On June 10 deputies with the sheriff’s Vice and Narcotics Bureau executed a search warrant at 940 Wilson Blvd. N. Deputies say nobody was living at the house, which was being used for the sole purpose of growing marijuana.

A search of the residence revealed that one of the rooms inside the house had been converted into a grow room that contained 63 marijuana plants. The marijuana had an estimated street value of $189,000.Deputies also found indoor marijuana grow equipment such as high-intensity light bulbs, transformers, extra cooling units, a sophisticated irrigation system that provided fertilizer and water to the marijuana plants, plants and carbon dioxide tanks. The grow equipment was valued at around $20,000.

In the kitchen, deputies found two receipts from an auto parts store dated June 9, 2009, with Valdes’ name on them. They also found a telephone statement in the name of Jesus Valdes of 940 Wilson Blvd..

Deputies also discovered a citation for Valdes dated June 5, 2009, inside of a vehicle parked outside the residence when the search warrant was executed.

Further investigation by deputies found that Valdes had rented the residence on Dec. 27, 2008 from the homeowner.

Fingerprints collected from some of the light bulbs used to grow marijuana and sent to CCSO’s Latent Print Identification Section came back Monday as matching Valdes’ prints.

Deputies located Valdes at the intersection of Golden Gate and Wilson boulevards Tuesday morning and arrested him, reports said. 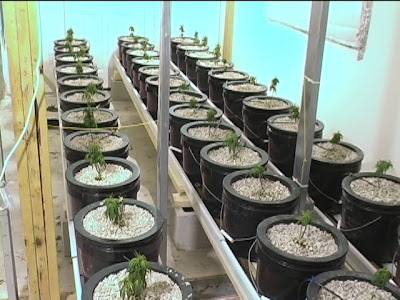 Some of the 63 marijuana plants uncovered by CCSO deputies at 940 Wilson Blvd. N. in Golden Gate Estates as part of Operation Eagle Claw in June. Photo by Efrain Hernandez/CCSO

Posted by colliersheriff.org at 4:23 PM