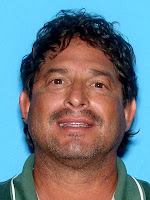 Deputies are asking for the public’s help in locating a 53-year-old North Naples man who went missing Tuesday morning.

Albert Arroyo was admitted into Physician’s Regional Hospital, 6101 Pine Ridge Road, North Naples, on Monday. He left the hospital on foot without authorization around 11 a.m. and was last seen wearing a blue emergency room medical gown. Deputies believe he may be heading to Fort Myers.

The hospital staff believes Arroyo may harm himself.

Arroyo is described as Hispanic, 5 feet 8 inches and 170 pounds with black hair and brown eyes.

Anyone with information about Arroyo’s whereabouts is asked to call the Collier County Sheriff’s Office at 252-9300.
Posted by colliersheriff.org at 2:25 PM