The message was all about safety on Saturday when the Collier County Sheriff’s Office and Fleming’s Steakhouse teamed up to present a Community Safety Service Day.

The event took place in the Fleming’s Steakhouse parking lot in North Naples.

Those who attended learned about some of the many ways CCSO works to keep the community safe. Community members interacted with representatives of CCSO’s SWAT team, Bomb Squad, Safety and Traffic Enforcement Bureau, Crime Prevention Bureau, Crime Scene Bureau and North District Substation. The event also featured representatives from Crime Stoppers of Southwest Florida and the National Center for Missing and Exploited Children. Members of the ABATE motorcycle club discussed motorcycle safety. Kids also had the opportunity to climb CCSO’s rock wall, jump around in a bounce house, enjoy a snow cone and have their faces painted. 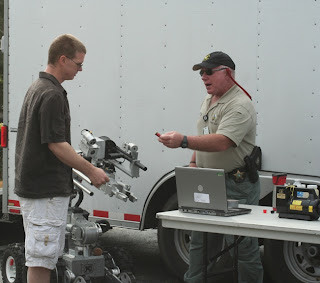 Sgt. Mike Oler discusses the functions of the CCSO’s Bomb Squad Unit with a member of the public during Saturday’s Community Safety Service Day at Fleming’s Steakhouse. 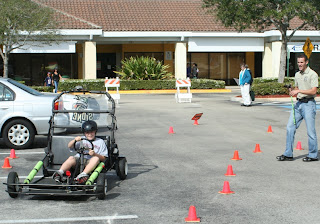 Traffic Technician Braulio Castineira offers children a hands-on demonstration of what it is like to drive while under the influence with the use of the SIDNE impaired driving simulator. 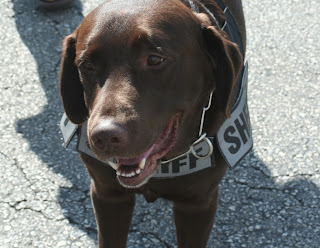 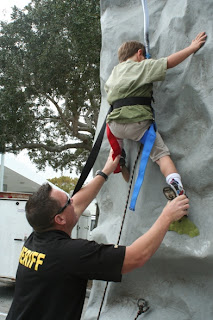 An eager youngster climbs a rock wall for the first time with the assistance of Cpl. David Krantz.
Photos by Kristi Lester/CCSO(4)
Posted by colliersheriff.org at 3:32 PM