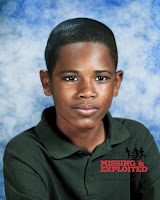 Three years ago, a search began for 6-year-old Adji Desir after he went missing while playing outside of his grandmother’s house in Farm Worker Village in Immokalee.

CCSO and Adji’s family still hold out hope that he will be found.

On the anniversary of Adji’s disappearance, the CCSO is issuing this release to once again ask the community’s help in providing any additional information that may aid detectives.

Adji, who would have turned 9 in October, was last seen playing outside his grandmother’s house in Farm Worker Village in Immokalee on Jan. 10, 2009, while his mother was at work. There has been no sign of him since.

More than 1,300 people from law enforcement and other agencies around Florida - including 700 CCSO deputies - joined in an intensive weeklong air, ground and water search for the boy, who is developmentally disabled. Searchers combed the Immokalee area on horseback and all-terrain vehicles, in helicopters, with K-9, as well as in patrol cars, boats and on foot.

CCSO investigators fielded hundreds of tips in the weeks after Adji’s disappearance, but the number of tips has since dwindled.

NCMEC recently generated a progressed photo of how Adji may now appear at the age of 9. Click here to view Adji’s profile on NCMEC’s website.

Adji’s disappearance was profiled in July 2011 on the television program “Vanished With Beth Holloway.” A crew from “Vanished” was in Collier County for more than a week in 2011 conducting interviews, including with CCSO Sgt. Ken Becker and Detective Ellen Kastner of the Special Crimes Bureau and Adji’s family members, for the segment.

Click here to visit the “Vanished With Beth Holloway” page on www.MyLifetime.com.

The case has also been profiled on CNN’s “Nancy Grace” show and on “America’s Most Wanted” as well as on the AMW website.

CCSO is asking the community to repost this news release on their social media sites to help generate leads.

Above: Age-progressed photo generated by the National Center for Missing and Exploited Children depicting how Adji Desir may appear as a 9-year-old. 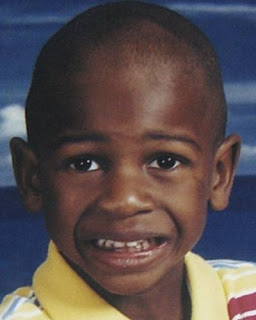 Image of Adji Desir released by CCSO when he originally went missing on Jan. 10, 2009
Posted by colliersheriff.org at 12:01 PM