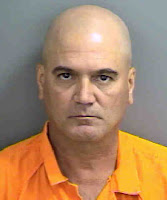 Juan Carlos Castro-Gonzalez, 46, 260 19th St. S.W., was arrested and charged with cultivation of marijuana and possession of a place for manufacturing a controlled substance, both felonies. He was also charged with possession of narcotic equipment, a misdemeanor.

Detectives discovered a small utility room that had been converted into an indoor grow operation with 74 marijuana plants inside. The plants had an estimated street value of approximately $222,000, reports said.

The search also turned up a Smith and Wesson 9mm handgun, as well as a second room that was being prepared to house a much larger indoor marijuana grow operation, reports said.

This is the second grow house bust in Golden Gate in a week by the Sheriff’s Office.

On Jan. 4, detectives dismantled a grow operation at 3641 21st Ave. S.W. Detectives discovered 20 marijuana plants with an estimated street value of $60,000 and grow equipment valued at $5,000 inside of a garage at the residence.

Detectives also discovered a 22-caliber long rifle in the master bedroom and $19,201 in U.S. currency in a locked safe.

Carlos Alberto Millo, 44, who lives at the residence, was arrested. He is facing charges of marijuana manufacturing, marijuana possession with intent to sell and possession of narcotic paraphernalia.

There are plenty of easy-to-spot indicators that a grow house may be operating in your neighborhood, including:

* More than one air-conditioning unit in operation
* Windows and blinds that are never open
* Frequent loading and unloading of equipment, especially at night
* Toys as props, but never any children
* Gates and "Beware of Dog" signs
* Little traffic, except for odd hours, weekends and nights

Anyone who sees suspicious activity and suspects a marijuana grow house operation should call the Collier County Sheriff's Office at 239.775.TIPS, or you can make an anonymous report via the CCSO website and deputies will investigate.

To make an anonymous report, go to http://www.colliersheriff.org/, then go to the tab labeled “How Do I?” and click on “Report a grow house or abandoned home.”
Posted by colliersheriff.org at 12:08 PM