Deputies are searching for a man who detectives say may have red dye stains on his skin and clothing after he robbed an East Naples bank early Tuesday afternoon.


That's because a security device called a dye pack exploded inside the bag of money the robber made off with, detectives said.

Detectives said a man entered Fifth Third Bank, 4025 Radio Road, East Naples, at 11:09 a.m. The man handed the teller a note demanding cash and threatening he had a gun. The robber put his hand under his shirt to indicate he had a weapon, but never displayed one.

The teller complied and the man fled the bank, making off with an undisclosed amount of cash.

Detectives said the man is described as white, clean shaven, 30-35 years old, about 5 feet 6 inches tall, and 140-145 pounds. He was wearing sunglasses, a white ball cap and a long-sleeve black T-shirt.

Deputies are searching the area, assisted by CCSO’s K-9 and air units. 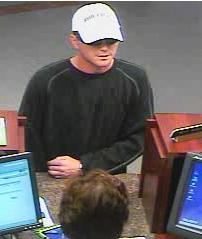 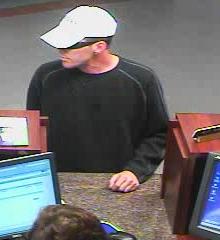 Posted by colliersheriff.org at 12:46 PM