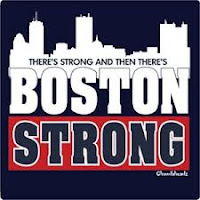 A group of Collier County Sheriff’s Office deputies are hosting a “Boston Strong” fundraiser to benefit two police officers who were victims the Boston Marathon bombings.

The event is set for Saturday, Aug. 17, from 4 to 9 p.m. at Boston Beer Garden, 2396 Immokalee Road, North Naples. Proceeds will go directly to accounts that have been established for Massachusetts Institute of Technology Police Officer Sean Collier, who was killed in the attack, and Massachusetts Bay Transportation Authority Police Officer Richard Donohue, who was critically wounded during an intense gun battle with the perpetrators of the attack.

The event will include a silent auction, drawings for door prizes, live entertainment and more. It was organized by CCSO Cpl. James Casey in conjunction with the Fraternal Order of Police Lodge 14. Cpl. Casey has close ties to the Boston area.

Organizers have arranged for transportation following the event for anyone who needs it.

Click here for more information.
Posted by colliersheriff.org at 2:37 PM