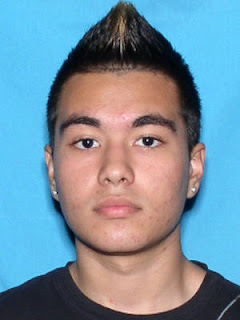 Update: David Quinones has been located and is safe.

Quinones is described as 5 feet 9 inches tall and about 180 pounds with brown eyes, short brown hair and a thin line of facial hair outlining his lower jaw. He was wearing a black T-shirt with “Nike” written on it and black sweatpants.
Anyone with information on his whereabouts is asked to call the Collier County Sheriff’s Office at 239.252.9300.
Posted by colliersheriff.org at 9:08 AM