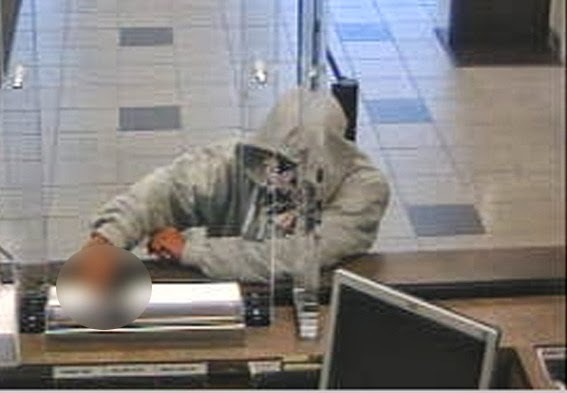 Deputies are searching for a robber who held up an East Naples bank Wednesday afternoon.
The robbery at Regions bank, 4904 U.S. 41 E., was reported at 2:51 p.m.
Detectives said a man entered the bank, showed a teller a gun and demanded cash.

The teller gave the robber an undisclosed amount of cash. He fled out the front door.

Detectives said the robber is described as Hispanic, about 5 feet 4 inches tall with brown eyes. He was wearing a gray hooded sweatshirt  and dark pants. His face was partially obscured.

Detectives have released a bank surveillance video photo of the suspect.

Posted by colliersheriff.org at 4:39 PM