Update: Francis Keaney has been located and is safe. 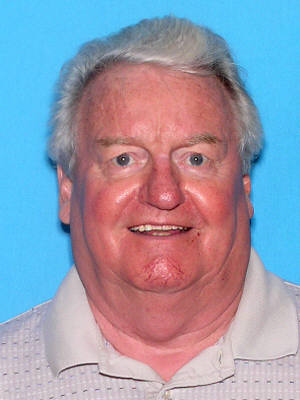 The Collier County Sheriff’s Office is asking for the public’s help locating a 77-year-old man who has been missing since Friday.

Detectives said Francis Keaney was last seen in the 200 block of South First Street in Immokalee when he stopped to make a phone call from that area. He may be driving a tan 2004 Buick LeSabre with Florida license J075YU. Detectives said Keaney has Alzheimers and his family is concerned about him.
Keaney is described as white, 5 feet 9 inches tall, 180 pounds, has white hair and blue eyes. He was last seen wearing a blue shirt and tan shorts.


Anyone with information on Keaney’s whereabouts is asked to call the Collier County Sheriff’s Office at 239.252.9300.

Posted by colliersheriff.org at 6:06 PM