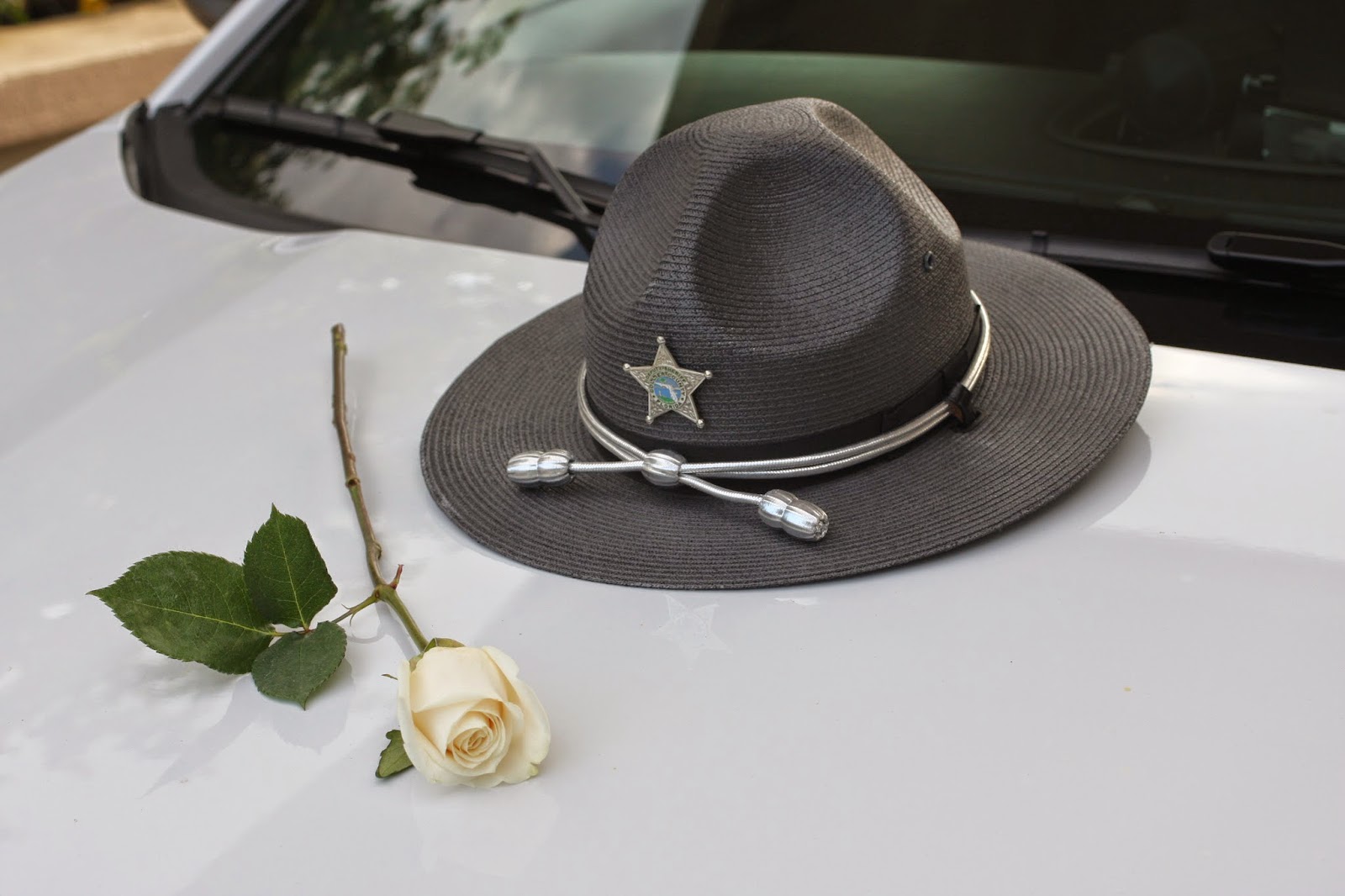 SUMMARY: A memorial service and candlelight vigil will honor local law enforcement officers who have made the ultimate sacrifice.

The public is invited to attend.

Collier County Sheriff Kevin Rambosk will deliver the welcome as well as the memorial address and closing remarks. Sheriff Rambosk will be joined by Naples Chief of Police Tom Weschler and Marco Island Chief of Police Don Hunter in the lighting of the vigil candles in memory of the fallen officers.

While the Harp and Thistle Pipe Band performs “Amazing Grace,” family members of fallen officers will be invited to light a candle and place flowers on the table in honor of their loved one. Chief Weschler will assist.

Collier County Sheriff’s Office Victim Services Supervisor Angela Larson is the scheduled guest speaker. Larson is the sister of fallen officer Michael W. Larson, a 10-year veteran of the Bryan County Sheriff’s Office in Georgia. Officer Larson was killed in the line of duty on Dec. 10, 2006. Officer Larson was responding to assist a fellow officer when his patrol car sideswiped a disabled vehicle left in the oncoming lane of traffic. His vehicle struck a tree line and he was killed.

Chief Hunter will lead the Pledge of Allegiance. Chaplain Vann Ellison will give the Invocation.

The service is one of many commemorative events taking place throughout the country during National Law Enforcement Memorial Week May 2014.

Communities across the U.S. will come together May 11-17 to honor and remember those law enforcement officers who made the ultimate sacrifice, as well as the family members, friends and fellow officers they left behind.

Each May new names are added to the National Law Enforcement Officers Memorial walls.

The Unveiling Day ceremony is an event conducted each spring to symbolically commemorate the service and sacrifice of all of the men and women who have given their lives for the safety and protection of others, the website states.

The following CCSO members will never be forgotten:

Click here to read the public invitation.
Posted by colliersheriff.org at 8:39 AM