Deputies say the suspect approached employees as they were opening the bank around 8 a.m. He displayed a handgun, fired a shot and forced one employee to open the vault before fleeing with an undisclosed amount of cash. When he left he stole a silver 2008 Hyundai Sonata. Deputies later recovered the car submerged in a body of water off Auto Ranch Road.

The suspect was wearing a camouflage shirt, jeans and a tan ball cap. His face was covered with a mask. 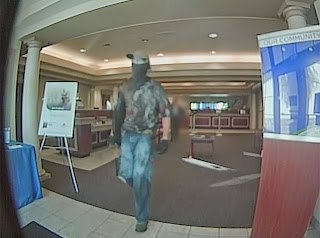 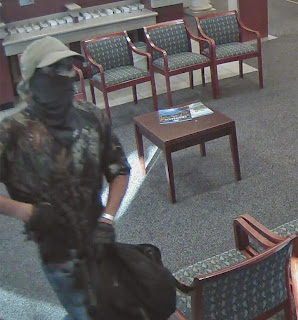 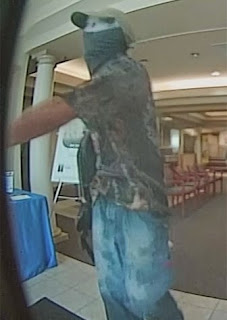 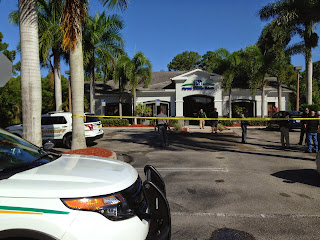 Posted by colliersheriff.org at 10:42 AM