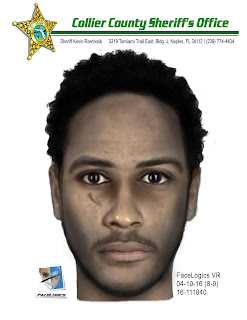 Detectives have released a new composite sketch to assist in their investigation into a report of a man who approached a child as she walked to middle school in Immokalee in March and early April.

The Collier County Sheriff’s Office is now working with FaceLogics, a St. Augustine-based company that creates facial forensics for law enforcement. The new composite is more customized and offers more details such as skin tone than the previously released sketch.

Deputies are investigating a report in which a child told deputies that she was approached by a man in a white truck as she walked to middle school in Immokalee last week.
The 14-year-old girl told deputies that while walking to Immokalee Middle School in the morning during the week of March 28-April 1 she was approached by a man she did not know who wanted to know if she needed a ride. She declined and kept on walking. 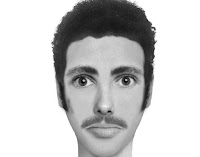 She told deputies she would often see the man in his truck on South 5th Street and by the Handy Store.
Detectives said the man is described as black, possibly Haitian, and in his early 30s. He has a small scar on the right side of his face.
The girl told detectives he drove a white pickup but she was unsure of the make or model.
Detectives have released a composite sketch of the man.
Anyone with information is asked to call the Collier County Sheriff’s Office at 239.252.9300, or if you wish to remain anonymous, call Crime Stoppers at 1.800.780.TIPS (8477).

Posted by colliersheriff.org at 10:31 AM