Update: Detectives have released this composite of the suspect. 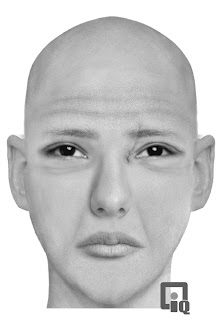 Deputies are searching for a man they say attempted to abduct a 7-year-old girl from her East Naples neighborhood.

Deputies give this account: Around 5 p.m. Wednesday a man approached a girl riding her bike on Guilford Road. The man slowed down next to the girl and attempted to pull her into his truck by her shirt through the driver’s side window.

Investigators say the girl pedaled away and the suspect lost grip of her shirt. She immediately went home and told the babysitter.

The suspect is described as a black male, approximately 40 to 50 years old. The man is bald and has scar over one eye extending from his eyebrow to his eyelid. He was wearing a light blue suit with a dark green tie. He was driving a four-door black truck with large orange rims. The truck has a sticker on the back window that says “God Bless” with the G written in cursive script.