A North Naples man with an extensive criminal history faces felony burglary and theft charges after a discarded lollipop stick led detectives to him. 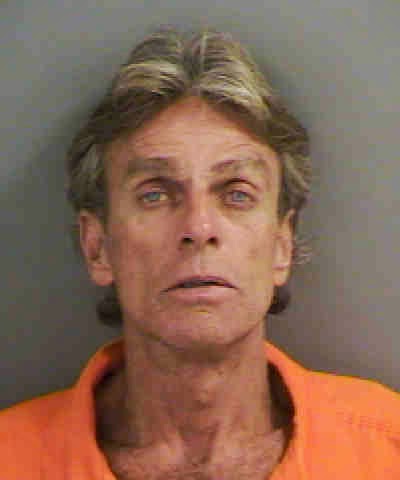 The lollipop stick was discovered while Collier County Sheriff’s Office detectives were investigating a “Dinner Set” burglary at a residence in Pelican Bay in March. Dinner Set burglars are professional criminals who typically strike upscale homes while the residents are out to dinner.

Crews is a registered felon and has spent more than 20 years in prison, according to detectives. His arrest record in Collier County dates back to 1985.

Detectives gave this account of the events leading up to the arrest:

Detectives were investigating a report of a burglary that occurred March 6 at a residence at 400 L’Ambiance Circle #103 in Pelican Bay in North Naples. The victim told detectives that she left the residence for dinner around 6 p.m. and when she returned at 10:30 p.m. she noticed the rear sliding glass door was ajar and that some of her jewelry was missing.

The victim also noticed a used lollipop stick that wasn’t hers that was on top of a bedroom dresser.

Detectives submitted the lollipop stick to the Florida Department of Law Enforcement to be processed for the presence of DNA.

Forensic testing matched DNA evidence from the lollipop stick to Crews, detectives said. Crews’ DNA was already on file at a DNA data bank in Florida from a 2001 Sarasota case.

Further investigation by detectives revealed that Crews was living near Pelican Bay and had an extensive criminal history, including residential burglaries.

Detectives located Crews at his residence on Thursday and arrested him.