Collier County Sheriff’s Office deputies say they found 22 pounds of cocaine worth $350,000 during a routine traffic stop on Golden Gate Boulevard on Thursday.

Francisco Gato Jr., 62 and of Miami, was arrested and booked into the Collier County jail on a charge of trafficking cocaine, a felony.

A deputy conducted the stop on a white Mercedes Benz with dark tinted windows around 11 a.m. in the 3200 block of Golden Gate Boulevard. 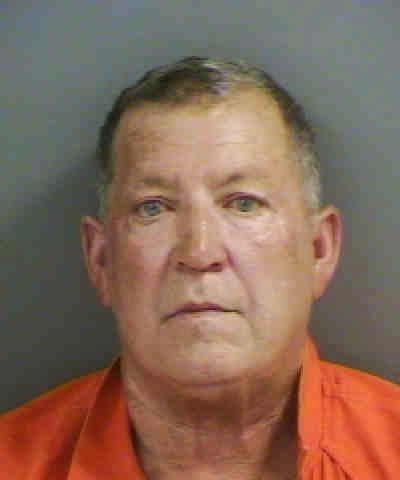 The deputy issued the driver, Gato Jr., the sole occupant in the vehicle, a written warning. The deputy asked Gato Jr. if he’d ever been arrested. Gato Jr. told the deputy he had previously been arrested on marijuana and fraud charges.

When asked if there were any drugs in the vehicle, Gato Jr. said no.

A K-9 deputy conducted an exterior sniff examination around the vehicle. The K-9 deputy made a positive hit on the vehicle, indicating the presence of narcotics.

A search of the vehicle turned up a blue gym bag in the rear hatch area. The gym bag contained 22 pounds of cocaine with an estimated street value of $350,000.