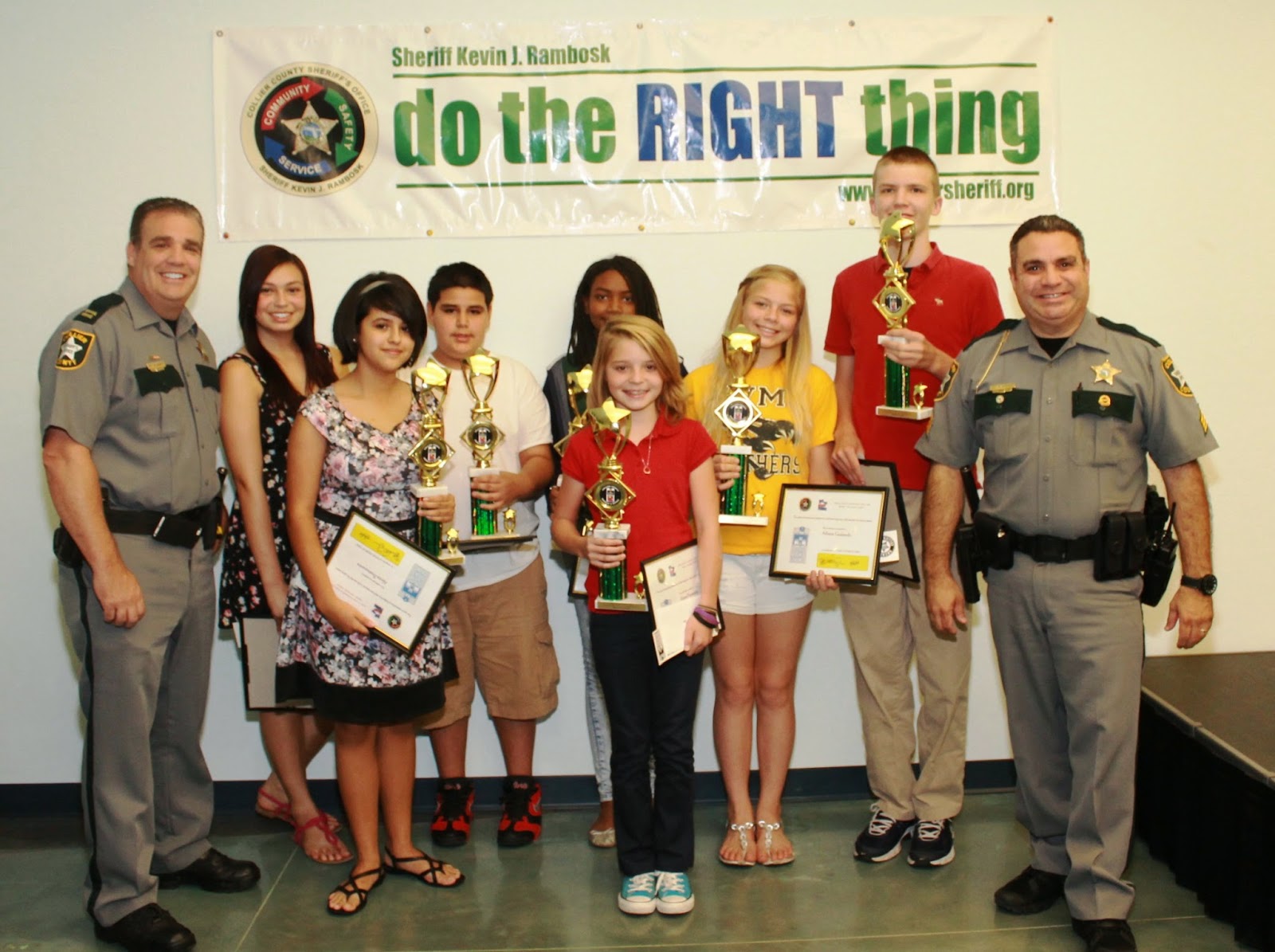 The students were recognized at the first “Do The Right Thing” award ceremony for the 2014-15 school year at Lorenzo Walker Institute of Technology on Monday, Oct. 6.

The following students have been recognized for October:

Yasmeen worked up the courage to tell a teacher how she believed a friend was cutting herself. Even though it was hard for Yasmeen to reveal such a serious concern to an adult, it did result in her friend getting the help she needed.

While still attending Eden Park Elementary, Felipe and Anthony witnessed a drug transaction one day in April. Even though they were offered to participate as well, Felipe and Anthony declined and chose to report what they witnessed to the Youth Relations deputy at Eden Park Elementary. The information they provided was valuable for deputies to conduct further investigation.

Gabriella alerted the CCSO when she learned another student sent a text message to Tasmin threatening to harm himself. Gabriella and Tasmin also assisted with quickly locating the student unharmed by providing additional information to the school’s Youth Relations deputy.

While still attending Gulfview Middle School in May, Joshua approached the Youth Relations deputy about an obscene text message sent by a fellow student. He also shared information with his teacher after learning several classmates cheated on an exam. All students involved in both situations were located and disciplined for their actions.

While still attending Corkscrew Middle School in May, Victoria played a key role rendering aid to a classmate who passed out after experiencing a sudden medical episode. Victoria immediately told a teacher she was CPR certified and assisted by feeling for her classmate’s pulse, verified they were still breathing and rolled them onto their side while waiting for emergency responders to arrive.

Alyssa contacted CCSO immediately after finding out one of her friends wanted to hurt themselves. Alyssa’s information assisted deputies with successfully locating her friend unharmed.

Alexa became deeply concerned after a friend sent her an on-line message that simply read, “I love you.” Alexa tried to get a hold of her friend by calling several times, but they never answered. Feeling something was wrong, she shared her concern with CCSO. Deputies located Alexa’s friend who did share she was thinking about hurting herself. By trusting and acting on her instinct that something was wrong, Alex was able to prevent a friend from causing injury to herself as well as get the necessary help.

One day while at the Naples Regional Library (650 Central Ave.), Allison noticed a black wallet in the grass. She picked it up and without ever looking inside, handed it to her school’s Youth Relations deputy. The deputy was able to locate the wallet’s owner who was grateful for its return, especially because it contained family photos.

ABOVE: Photo submitted by Sgt. Mel Gonzalez/CCSO
Posted by colliersheriff.org at 2:11 PM