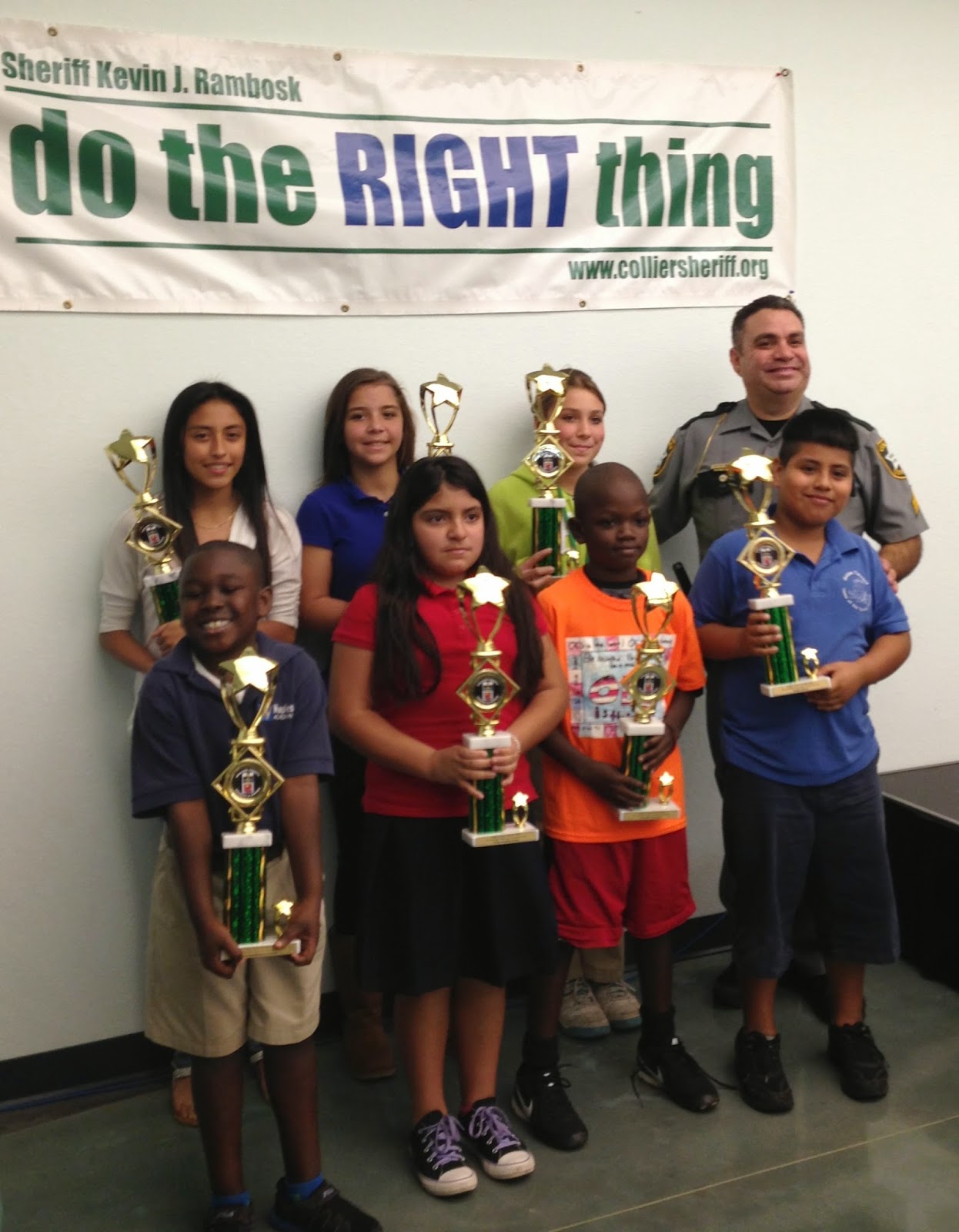 Eight Collier County students were recently recognized for good deeds ranging from assisting at the scene of a traffic accident to calling 911 to help save a parent’s life.

The students were recognized at the third “Do The Right Thing” award ceremony for the 2014-15 school year at Lorenzo Walker Institute of Technology on Monday, Dec. 15.

The following students have been recognized for December:

Gessyca and Ronuald moved from Haiti to Collier County in 2010 to live with their aunt and uncle after surviving the country’s devastating earthquake. Both have persevered and have coordinated canned food drives and other donation projects to benefit families in need.

Liliana called 911 because her mother was experiencing an asthma attack. Liliana stayed with her mom until emergency responders arrived and then took the time to get her younger siblings ready for school so they would not be late.

One day in October while walking to school alongside his mother, Brian saw another student who was riding a bike get hit by a car. Concerned for his classmate’s well-being, he and his mother approached emergency responders to see if they could assist. Brian helped by acting as a translator because the driver did not speak English.

One day while at home Tania saw her mother and her mother’s ex-boyfriend arguing in the driveway. Fearing for her mom’s safety Tania contacted CCSO and provided a detailed description of the ex-boyfriend and the vehicle he was driving. These details helped deputies quickly locate the ex-boyfriend, who had driven away.

One day in class Catherine noticed another student playing with a pocket knife. As soon as she had a chance, Catherine alerted her teacher.

Monica found a Navy ring one day in November while visiting Naples High School. Monica turned it in to deputies who later located the ring’s owner, an 86-year-old veteran who was originally devastated after realizing the ring was missing. The veteran was immensely grateful to Monica for finding and turning in the ring.

While at school Derek was approached by another student who told him he brought several knives to defend himself against a bully. After seeing that the student did in fact have the knives in his backpack, Derek alerted his teacher. The student and his backpack were immediately removed from the classroom to ensure everyone’s safety.
Posted by colliersheriff.org at 12:00 PM