It’s been a quarter of a century since a decomposed body was found off the side of the road in the Big Cypress National Preserve.

Now, Collier County Sheriff’s Office detectives say they have identified the victim.
The body of Patricia Minnis was discovered by a prison work crew under heavy brush near Gannet Strand along U.S. 41 East, 22 miles south of Everglades City, on April 3, 1990.

Detectives believe Minnis had been dead for about three weeks when her remains were discovered. An autopsy revealed she died from blunt force trauma to the head.


Some clothes were found on the body, but no identifying clues were recovered. DNA evidence was taken from the remains and submitted for forensic testing.  An autopsy revealed extensive dental work and metal plates in the lower back. Still, Minnis’ identity went unknown for 25 years.
In 1999, with few clues or leads, a forensic expert with the Jacksonville County Sheriff’s Office used Minnis’ skull to rebuild her face to help jog the memory of someone who might recognize her and contact authorities.

Ultimately, advances in forensic science enabled detectives to identity her.

The break in the case came in a June 18, 2015, letter from the University of North Texas Center For Human Identification. The letter stated that DNA evidence resubmitted for testing in 2005 was a strong possible match with DNA submitted by Minnis daughter.

The daughter told detectives that she and her siblings initially never suspected their mother might have met with foul play. Minnis and husband frequently traveled the United States in their recreational vehicle.  It wasn’t unusual for Minnis to be gone long periods of time without contacting family members.

In 1990, the couple traveled through many Southern states, including Florida and the Everglades area. Detectives said the daughter didn’t suspect her mother was missing until one day her stepsister spotted her mother’s purse in the RV. When the stepsister inquired about the purse, her father told her that Minnis ran off with another man while they were traveling in Florida and left her purse behind.

Upon learning this information, Minnis’ daughter became suspicious about her mother’s whereabouts and filed a missing person report. Minnis would have been 57 when her daughter filed the report.

“The purse was key to everything because it initiated enough questions and suspicions from both children,” said Detective Thom Cullen of the CCSO Homicide Section and the lead investigator in the case.

In 2006, the daughter submitted her DNA to a national database in case it was needed to identify her mother if she was found.

The DNA proved to be a strong match with the DNA from the remains found in Big Cypress that had been resubmitted a year earlier.

Cherney discovered that the victim had back surgery in which implants were placed. She contacted several hospitals but no records of the victim’s surgery were found. The hospital could only advise that the implants were manufactured in 1988.

She also conducted Internet searches and law enforcement database searches on the victim. She contacted various campgrounds in Collier County and major travel/camping membership clubs to see if there was any information on the victim.

The identity of Minnis’ killer remains a mystery, though detectives say they have developed a potential person of interest through their investigation.

Click here to watch a video of Detective Thom Cullen discussing this case. 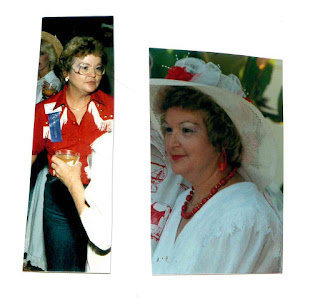 Posted by colliersheriff.org at 9:22 AM