Deputies Seek Man Who Exposed Himself In Immokalee 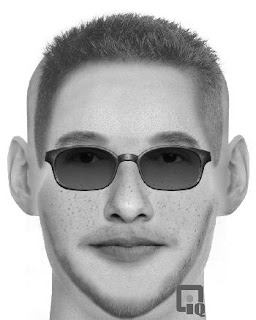 Deputies are asking for the public’s help in identifying a man they say exposed himself to at least three schoolchildren in Immokalee.

Investigators said the man exposed himself to the children in separate incidents over the past two weeks as they walked home from Immokalee High School.

None of the reported incidents took place outside of the school, investigators said. The incidents were reported to the Collier County Sheriff’s Office on Friday.

Two girls told investigators that over the past two weeks they noticed a dark blue sport utility vehicle drive by while they walked home from school. Several times the car stopped in the middle of the road, the man got out, opened the back hatch and stared at the girls. On one of the occasions the man showed the girls his genitals and the girls ran away, investigators said.

One of the girls told investigators that she was walking into the Oakhaven apartment complex after school Tuesday when the blue SUV pull up in front of her. The same man got out of the vehicle and opened the back hatch before showing her his genitals. The girl ran away.

Another girl told investigators that she was walking home from school Thursday when a man in a blue SUV stopped in the middle of the road and got out of the vehicle. The man reached inside of his pants through the zipper, which was open, and grabbed his genitals while looking at her. She ran away.

The girl told investigators that she had seen the man several before over the past week as she walked home from school. Each time he would stop the SUV in the middle of the road, get out and open the back hatch while staring at her.

Investigators said the suspect is described as Hispanic, 25 to 35 years old, around 5 feet 4 inches tall, with short black hair, brown eyes, medium skin tone, and small acne scars on his cheeks. He was wearing a white T-shirt and blue jeans.

Investigators have released this composite of the suspect.