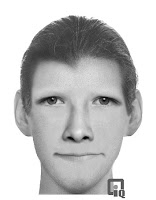 Deputies are investigating a suspicious incident in Golden Gate which a man was standing near a 2 year-old girl while she was playing outside with her siblings late Thursday night.

The children’s mother was allowing the girl and her other two children to play in front of their apartment at 4509 Coral Palms Lane #1 around 9:30 p.m.

The mother briefly went back inside to retrieve her glasses and when she returned, she saw a man she did not know standing next to the girl. When she asked the man what he was doing, he replied “Nada.”

The man got inside a parked car and drove away.

Deputies say that the man did not attempt to abduct the child at any time.

The man is described as Hispanic, 5’10” tall, 200 pounds. He was driving a new white luxury car with tinted windows.

Investigators have released this composite of the man.