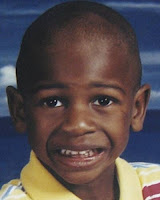 Two years ago on Monday, a search began for 6-year-old Adji Desir after he went missing while playing outside of his grandmother’s house in Farm Worker Village in Immokalee.

CCSO and Adji’s family still hold out hope they will find out what happened.

As the anniversary of Adji’s disappearance draws near, detectives, along with agents from the FBI and Florida Department of Law Enforcement, will be going door to door in Farm Worker Village and handing out fliers. They’ll also deliver the fliers to businesses in Immokalee.

The fliers feature Adji’s picture and urge anyone who may have information about his disappearance to be a part of the Triangle of Trust, a partnership between law enforcement, the community and Adji’s family.

The fliers are just another way CCSO is trying to get the word out to the Immokalee community that their assistance in the ongoing investigation might help bring Adji home.

“We’ve received a lot of leads from outside of Collier County and outside of Florida, but very few from within Collier County,” said Sgt. Ken Becker of CCSO’s Major Crimes Bureau who is overseeing the investigation into Adji’s disappearance. “We’re hoping that someone with information but who may be hesitant will come forward knowing there is this trust.”

Adji, who would have turned 8 in October, was last seen playing outside his grandmother’s house in Farm Worker Village in Immokalee on Jan. 10, 2009, while his mother was at work. There has been no sign of him since.

More than 1,300 people from law enforcement and other agencies around Florida _ including 700 CCSO deputies _ joined in an intensive weeklong search for the boy, who is developmentally disabled. Searchers combed the Immokalee area on horseback and all-terrain vehicles, in helicopters, with K-9, as well as in patrol cars and on foot.

CCSO investigators fielded hundreds of tips in the weeks after Adji’s disappearance, but the number of tips dwindled by fall 2009.

Adji’s disappearance has also been profiled on CNN’s “Nancy Grace” show and on “America’s Most Wanted” as well as on the AMW website.

CCSO has produced a video about the case and the agency is asking that everyone post it to their blogs, Facebook, MySpace and other social networking sites and e-mail the link to it to everyone in their address book. The video's release in July 2009 coincided with the six-month anniversary of Adji's disappearance. Click here to watch the video.