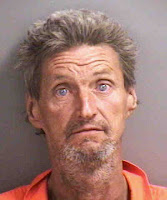 Don J. Deputy Jr., 55, of Gibsonton, Fla. was charged with failing to register in Florida as a sex offender. He was also charged on a warrant out of Illinois for violation of probation on his Peoria County, Ill. conviction for aggravated sexual assault of a victim under the age of 18.
Reports say that on March 14 the Reithoffer Shows Inc. provided CCSO investigators with a list of employees scheduled to work at the fair. CCSO conducts criminal background checks on individuals scheduled to staff the event as a safety measure. During the background check investigators discovered Deputy’s status as a sex offender. CCSO deputies located him at the Collier County Fairgrounds on Tuesday and placed him under arrest.

The fair is scheduled to kick off Thursday and continue through March 27.

Posted by colliersheriff.org at 2:00 PM