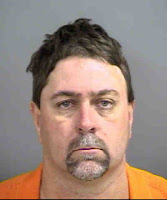 Detectives discovered 20 marijuana plants in what they described as a sophisticated indoor marijuana grow operation inside the garage of the residence, according to sheriff’s reports.

The garage was sealed off and converted into a marijuana grow house that contained high-intensity light bulbs, an additional air handler, mylar, power transformers and high-grade fertilizer. All of these items were connected and being used to grow high-grade marijuana, reports said.

Detectives also discovered a 22-caliber long rifle in the master bedroom and $19,201 in U.S. currency in a locked safe, reports said.

The marijuana plants weighed approximately 6 pounds and had an estimated street value of $60,000, reports said.

The grow equipment was valued at approximately $5,000, reports said.

Millo was arrested and transported to the Collier County jail for booking, reports said.

The Collier County Sheriff’s Office reminds residents that public awareness about grow houses and tips from citizens have helped deputies make arrests over the years.

There are plenty of easy-to-spot indicators that a marijuana grow house may be operating in your neighborhood, including:

* More than one air-conditioning unit in operation
* Windows and blinds that are never open
* Frequent loading and unloading of equipment, especially at night
* Toys as props, but never any children
* Gates and "Beware of Dog" signs
* Little traffic, except for odd hours, weekends and nights

Anyone who sees suspicious activity and suspects a marijuana grow house operation should call the Collier County Sheriff's Office at 239.775.TIPS, or you can make an anonymous report via the CCSO website and deputies will investigate.

To make an anonymous report, go to http://www.colliersheriff.org/, then go to the tab labeled “How Do I?” and click on “Report a grow house or abandoned home.”
Posted by colliersheriff.org at 12:30 PM