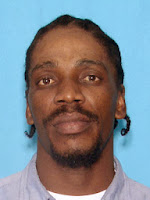 The Collier County Sheriff’s Office obtained an arrest warrant Monday for a 34-year-old man in connection with the shooting deaths of two people in Immokalee on Sunday evening.

The warrant charges Evoull Bachat with two counts of second-degree murder in the slayings of Guilene Toussaint, 21, and Elkim Angervil, 30.

A short time later Bachat forced his way inside the apartment. Bachat shot Angervil with a handgun.

Touissant ran out of the apartment. Bachat caught up to her at 507 Doak Ave. and shot her.
Bachat fled the area.

Both Touissant and Angervil were pronounced dead at the scene.

Detectives said Bachat is described as black, 6 feet 2 inches tall and 190 pounds with brown eyes and black hair. He may be driving a white Dodge Charger with Florida license plate number BZBC48.

Anyone with information about Bachat’s whereabouts is asked to call the Collier County Sheriff’s Office at 239.252.9300, or if you wish to remain anonymous and be eligible for a reward, call Crime Stoppers at 1-800-780-TIPS (8477).


Posted by colliersheriff.org at 12:34 PM