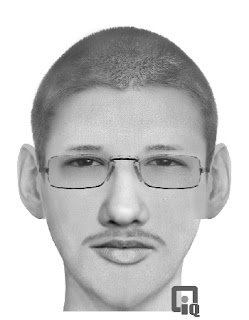 Collier County Sheriff’s Office deputies are asking for the public’s help in identifying a man who followed a woman in Golden Gate Community Park on Tuesday, then offered her money and scratched her neck as he attempted to grab her.

The victim told deputies she was walking in the park near the baseball diamonds at around 9:30 p.m. when she saw a dark-colored, four-door sedan near the boat ramp in the park, which is located at 3300 Santa Barbara Blvd.  As she walked past the car the driver asked her name and told her she was attractive.  The victim ignored the man and walked in the opposite direction.  However, she had to walk past the car again a short time later when she decided to go home. The man was now standing outside the car. As she walked past him he began talking to her again, saying that he had $200 he could offer her. She walked faster, but realized the man was following her. Just as she was about to run he grabbed her, scratching the left side of her neck. She broke away from him and ran home.

Deputies have created this composite image of the suspect. He is described as Hispanic, in his mid-20s, thin, with brown hair and designer eyeglasses. He was wearing a white tank top and dark sweat pants. The victim told deputies the car was a dark-colored, four-door sedan with no distinctive markings.