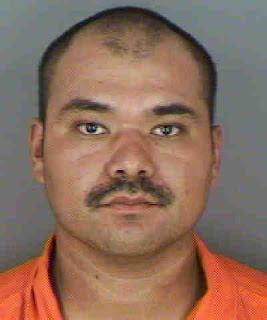 A Golden Gate Estates man was arrested Wednesday after deputies say he stole water heaters and other plumbing supplies from his former employer and then sold them to an undercover officer.

According to arrest reports, Ramirez quit working for South Florida Plumbing, 299 Airport-Pulling Road N., in July. Shortly after Ramirez’s departure company officials learned that Ramirez had been stealing material, faucets and fixtures, but they had no proof linking him to the thefts.

Company officials confirmed that the water heaters were stolen and provided invoices with serial numbers that matched the serial numbers on the items purchased by the undercover deputy.

Posted by colliersheriff.org at 3:58 PM