UPDATE: Colleen O’Hara has been located and is safe.

Deputies are searching for a 36-year-old East Naples woman who has been missing since Monday afternoon.

Detectives said Colleen O’Hara was last seen around 2 p.m. in Golden Gate. She was on foot.

O’Hara does not have her prescribed medication with her. Family members believe O’Hara may harm herself, according to detectives.

Detectives said O’Hara is described as white, 5 feet 7 inches tall and around 100 pounds. She has short brown hair and brown eyes. She was last seen wearing a black top, multicolor pants and gray boots.

Anyone with information about O’Hara’s whereabouts is asked to call the Collier County Sheriff’s Office at 239.252.9300. 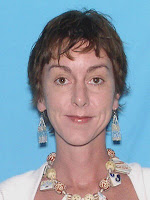 Posted by colliersheriff.org at 11:00 AM