Members of the Collier County Sheriff’s Office Interdiction Unit arrested a man who was found in possession of 1,000 Ecstasy pills Tuesday afternoon in East Naples.

Ryan Walter O’Gallagher of Lehigh Acres was traveling by Greyhound bus when the Detectives approached him as part of a routine patrol conducted with the cooperation of Greyhound bus lines.

Detectives have released these images of the pills. 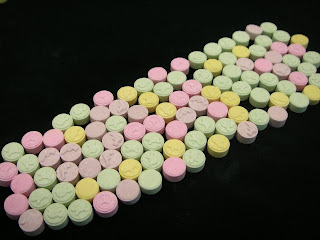 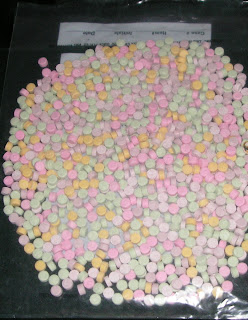 Posted by colliersheriff.org at 3:05 PM